The room behind the garage was my favorite childhood hiding place. Boxes, trunks, children’s toys going back several generations were store there. Magazines from WWII and furniture packed the room up to the ceiling. Growing up, I wondered why that memorabilia was important, and to whom.

At the time I’m remembering now, I was too young to know about or have sentimental attachments. I lived in the present moment. My eyes, wide open to the world, searched for trouble to get into or ways to avoid the consequences of my misdeeds.

Once I discovered the storage room, I planted my flag in it, like Columbus in 1492. To drag out of the pile an ornate chair with yellow-gold brocade took some effort. To clear an area by the tiny window took days. I found an old Remington typewriter I had no idea how to use, but I put it on a little table that became my desk.

By week’s end, I had my own Lilliputian office.

I sat and waited for ideas. What would I do there? The boxes around me were a treasure trove. Magazines such as Life and Bohemia were full of interesting photos. In a few weeks, I grew tired of them. I found a silver flatware set. I played with the utensils and returned them to their lined wooden case.

A month went by. One day, I crossed the dining room on the way to my office and saw a box of Corona cigars resting on a corner of the buffet. I opened the half-empty cigar box.

Nobody will notice if I take one.

Matches, needed to light the kitchen’s gas stove, were plentiful. I took some of those, too.

In my office, I sat and crossed my legs, exactly as my father did when he sat on the porch to enjoy his cigars. I smelled my stolen loot. I still remember its aromatic scent.

I mimicked my father’s gestures, including biting off and spitting out the closed end, and lit the cigar. Like President Clinton would say decades later, “I didn’t inhale.” I exhaled several times. The smoke filling my little office began to affect me, making me woozy. I went a step further and took a deep drag.

It burned my throat and ignited my lungs. The coughing began. The smoke came out through my nose. I swear even my eyes exhaled the blasted smoke. With nothing to soothe my throat, I retched. Still holding the lit cigar in my hand, I shook the ashes, which landed on my bare legs.

I jumped to my feet and ran out of the room, hacking. As luck would have it, I collided with Grandma’s legs.

“What’s going on with you?” she said.

“Are you sure nothing is going on?”

“And the ashes on your shorts? Where did they come from?”

My mother stood at the patio door, watching me dig a hole for myself.

“Should we call your father?” Mother asked.

Grandma turned. Smoke was pouring out of the little window into the back yard. Ignoring me, they both ran inside the room.

I ran in the opposite direction, out the door, and across the street to the park. I didn’t return to the house for several hours. When hunger finally forced me to go home, I was expecting a whipping.

The family was eating. I skulked around the dining table. They gave me the silent treatment.

Dinner went on. I could have been invisible. No one looked at me or included me in the conversation. It was worse than the imagined whipping, which I now thought inevitable.

The meal ended. Father went to his cigar box. “I could swear I had six cigars in here.” I studied the floor.

“Nobody but you smokes in this house,” Grandma said and looked at me.

“So,” my father said, “tell me again about the fire in the storage room?”

“It was nothing,” my mother said. “Just a magazine. We put it out in no time.”

“I believe you, son. You would tell me otherwise, wouldn’t you?”

“Don’t you want dessert, son?” I thought I heard Father say, but I was already too far away to answer.

Something funny must have happened in the dining room after I took off, because I heard them laughing.

The incident cured me forever of any desire to smoke. The cigar’s aroma, though, etched itself into my senses. I love it still today.

Cuba’s Taino Indians introduced the Spaniards to the lethal addiction. In doing so, over time, the Tainos would extract a measure of revenge for the genocide suffered at the hands of the Conquistadors. Since then, tobacco has defined the Cuban identity. 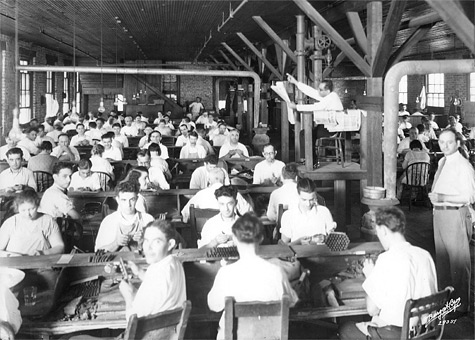 Nothing is commendable about tobacco. Except, maybe, a practice introduced centuries ago in the Cuban cigar factories. Each factory floor has a pulpit, from which a person with a radio-quality voice and diction reads all day to the workers.

The day commences with articles from the newspapers. After that, the hired lector proposes a selection of classic literature to read to the workers. The workers choose the next title by a show of hands. One such classic often read is Shakespeare’s Romeo and Juliet in the factory of the same name.

Forgive my inclination to brag about my people, but let me say that Cuban cigar makers are among the most educated laborers anywhere.

In the future, Americans might have the possibility of visiting Havana, the oldest city in the Americas. If you are one of those travelers, visit a traditional cigar factory. And remember that those hard-working cigar makers store in their brains valuable and delightful knowledge.

Don’t let the aroma tempt you, as it did me. 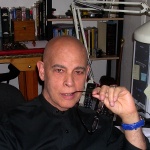 Eduardo Cerviño, a Cuban-American writer, architectural designer, and painter, has published four novels and numerous short stories. He has participated in more than 100 art exhibits in the US and abroad. He is currently working on Crocodile Island, a semi-autobiographical novel. His extensive travels have taken him to Europe, North America, Central America, and South America. Learn more at his website.