The Power of the Group: Prayers and Thoughts for Healing

The Power of the Group: Prayers and Thoughts for Healing

Amanda Palmer is an expert at asking, and she has figured out how to

I’m not much of an audiobook person, but recently I’ve been doing a lot of driving. I was at the library, so I decided to explore the audiobooks and came across The Art of Asking. I’d already seen the TED Talk, so I was pretty sure the book would be good, too. Understatement of the year. Best book. Important book. Book that could change the world if everyone would just read/listen to it. I recommend the audiobook version because Amanda is an amazing storyteller. If you just read the words, you’ll miss her nuance, miss her vocal variety, miss her doing her husband’s voice in a British accent.

So, while I’m a consummate question-asker, asking for things – like help of any sort – has always been a bit difficult for me. I’m used to giving help, not asking for it.

That’s changing these days, though, as my family and I find ourselves navigating my little 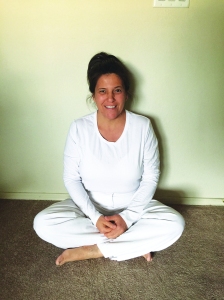 sister’s journey from cervical cancer back to wellness and full health. A Christmas Eve diagnosis certainly put a pall over our holidays, but even as I asked her in that moment if she was OK, she said, “I think so.” Mindset, faith, prayers, and a natural regimen that steers clear of chemo are restoring her health.

Please understand, if you or someone you know/love are in a similar situation, I make no judgments about your treatment choices. As Christine noted in yesterday’s post, everyone follows his/her own path. We – specifically my sister – are just following ours, and it may look quite different from yours.

So, first and foremost, I’m asking anyone and everyone willing to do so to keep Corina in your thoughts and prayers. We believe so strongly that all the good thoughts and well wishes from people who know her to people who will never meet her are all working for her best good to help her body heal more quickly.

I’ve also had to lean significantly on my husband for help – and he is truly an angel, going the extra mile and doing all he can to support me as I support my sister.

I’ve had to ask clients and others to bear with me as I am delayed in delivering and getting back to them, because being a full-time care-giver takes a big bite out of one’s time and energy resources.

I’ve had to help my sister ask doctors and nurses to expand their thinking so they can wrap their heads around the nontraditional treatments and protocols she is using. Most have been amazing about it. A few shake their heads, assuming we are delusional. And then there is the occasional asshole we just have to ignore.

Here’s what I know: It’s all good. This isn’t a journey I’d wish on anyone, but I think we’re doing a pretty good job of staying on track and doing all the right things. So, what are the right things? Here’s a list of the protocols and tools we’re applying. Please do your own research and confirmation before attempting anything here. Just know, they have far higher reported success rates than any traditional allopathic cancer treatments – chemo in particular. When the ER nurse tells you again and again, “Whatever you do, don’t do chemo,” you know you’re probably going in a good direction to omit that from your treatment protocol.

Yep – some of it is pretty woo-woo. All of it is nontraditional. And more than anything, my sister’s faith and belief that her body is healing is the thing that will carry us over the finish line. Everyone dies – but it’s not her turn yet. If you’d like to join your thoughts/prayers to ours for Corina’s healing and demonstrate the ULTIMATE Power of the Group, please do so.

We will, of course, write our own book at the end of this, because it’s a story that needs telling.

change the world. From concept to publication to the first-time author’s book launch, her expertise will help you make a better book and find more readers. Laura is the organizer of the Phoenix Publishing and Book Promotion Meetup and the host and creator of the Holiday Author Event, coming up on December 6. She will be exploring more about the power of the group in her coming posts for this group blog. In the meantime, read her posts at Marcie Brock – Book Marketing Maven. Friend her on Facebook, follow her on Twitter, and check out her pins on Pinterest.

2 Responses to The Power of the Group: Prayers and Thoughts for Healing