Contemporary, Literary, or Commercial: What Type of Writer Am I?

Contemporary, Literary, or Commercial: What Type of Writer Am I?

At a recent meeting of one of my writers critique groups, a short story I had submitted for review and feedback was gently criticized for a story line about characters’ reactions to something that had not happened, but which they believed had happened.

The story revolved around three men dining in a public restaurant. They loudly boasted – without concern for other diners’ sensibilities – how they saved money for their insurance companies by underserving their clients. A woman who overheard them was incensed by 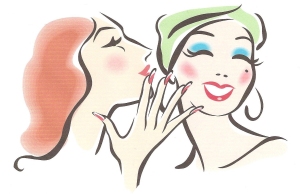 their behavior, took their picture on a smartphone, then told them she was going to post their recorded conversation and picture on social media.

The plot concerned what happened to each of those men, based on rumor only. In fact, their conversation was neither recorded, nor posted as threatened. One man was rewarded for his business acumen, one was chastised for his lack of human kindness, and one was destroyed by his own guilt.

One of my critique group members expressed doubt about the veracity of the story line: that no employer would take action against an employee, such as retracting a bonus, based on a rumor. This critique came from a member who is an advocate of the Chicago Style of writing and frequently comments on the lack of comma usage by our writers. Following is my response to her critique:

The purpose of the story was to show the reactions of the men who BELIEVED [the woman] had posted the picture and contents of their conversation. One of the points I wanted to make in this story is that so many of our human actions and reactions are really the result of our own thoughts and beliefs and are not necessarily based on reality. As I often said to my Organizational Behavior classes: “Perception IS reality.”

As far as the rescinding of the bonus is concerned, I can only say I’ve seen it done at a private law school where I was an administrator. One of the girls who worked in my office was lunching with a group of fellow workers at a local restaurant. They were discussing a rumor they’d heard about the big boss. One of the ladies later reported to the boss what was said about him at the luncheon. He took revenge on the girls in the group and either fired them or, if they were valued employees, took away a recent promotion and bonus. So, yes, it can happen, even as the result of a rumor.

I always try to see the truth in the critiques that are offered, and I consider very carefully how to use each critique. I am on your side as far as the “rules of writing and grammar” are concerned. In years past, my writing was of a very formal style because I was writing for academic journals and papers. However, I also read contemporary fiction vociferously, so I suppose lately I’ve been using a more modern style in my writing.

This past month I took James Patterson’s Master Class on Writing online, where I learned a new name for contemporary fiction – commercial fiction. That’s what James Patterson calls his style of writing, and he is very successful with it. I believe that commercial fiction also means writing in a style that is easy to be read by the masses, whose average reading level is that of a 10-year-old. Commercial fiction writers use what I would call a “bare bones” style – omitting any words that do not advance the story. No adverbs at all, and very few adjectives. It’s all action, action, action. And sentence fragments. AND sentences that start with conjunctions.

I guess my bottom line regarding writers’ critique groups is this: We should allow people to write in their own unique style, and simply help them to see where the “flow” could be enhanced, where some background facts need to be researched, where the logic breaks down, or where the reader needs more in order to understand the story (such as speech tags when more than two people are speaking). Of course, we’re all older than 10 years old, so those who write in styles other than commercial fiction might be allowed more commas. The rest of us should be forgiven for breaking a few rules.

told her students at Purdue, “I’m very organized, but my behavior is a bit wonky.” She has published articles in academic journals (boring), show scripts for barbershop choruses and quartets (funny), and an award-winning radio play, “Voices from the Front,” for Sun Sounds of Arizona (heartrending). Mary Ellen lives in Peoria, Arizona, with her cat, Cookie, and blogs on her website, MaryEllenStepanich.com.

1 Response to Contemporary, Literary, or Commercial: What Type of Writer Am I?