This is Amazon’s synopsis of There Are No Accidents. I didn’t know it when I read it (and author Robert H. Hopcke still doesn’t), but he was helping me decide how best to showcase my book of adoption stories.

A woman is set up on a blind date with the same man twice, years apart, on two different coasts. A singer’s career changes direction when she walks into the wrong audition. A husband gives his wife an unexpected gift – after she repeatedly dreams about that very same item…. It was Carl Jung who coined the term “synchronicity” for those strange coincidences, when events seem to conspire to tell us something, to teach us, to turn our lives around. They are the strange “plot developments” that make us feel like characters in a grand, mysterious story. How do we identify these coincidences as something special? How do we recognize their significance and use them as turning points toward a more meaningful life story? In There Are No Accidents, Jungian psychotherapist Robert Hopcke explores the nature of the human consciousness and the role of synchronicity – teaching us to examine our own stories, and tap into its power to strengthen our work, love, and spiritual lives.

For 20 years, I told stories from the almost 30 years I worked in adoptions in Arizona. Some I told to adoptive parents to give them hope. Some were told to birthmothers to let them know they are not alone: other women had survived similar heartaches. Some stories involved adoptees reunited with birthparents of whom they knew nothing, only to find amazing coincidences in their different paths. All were stories I had personal knowledge of.

I told people I worked with that I was writing a book. I gained permission to tell stories from the adoption clients I worked with. People probably gave up and thought I’d never get it published, but in 2015 I did!

When I participated in Toastmasters, I told six stories of adoption for the 10 required speeches. I learned from sharing those stories that the general public doesn’t know much about adoption, but they were interested in hearing stories about adoption. “I didn’t know that birthmothers love their babies.” “I thought adoption was the easy way to have a baby.” “I learned a lot from your stories.” Maybe, I thought, there is a larger audience, and my stories could be a way to educate the public about issues in adoption.

What happened in the 20 or so years that I carried my dream around? The world of book publishing changed. Self-publishing lost much of its negative aspect and became a way that self-directed people can manage their own careers.

When I retired from agency work, I had the best advisor practically at my elbow!

Over the next few years Laura (a birth mother who placed in another state) and I co-sponsored the event and invited birthmothers to join with us. Then she got busy, and so did I. But I was on her mailing list!

Laura’s business of editing books grew. Most people were happy to get their books published, but knew little about self-promotion and marketing, something that Laura had taught herself to do. I attended a few scattered meetings with Laura about social media and Search Engine Optimization, and when Laura began teaching classes to help people learn how to self-promote and market their books, I happily joined in.

Along the way I bought a book called There Are No Accidents. The book emphasized synchronicity, and I saw that many of my stories were built around synchronicity. I honed down my list of more than 200 stories and made it into a book that was easier to read. It was no accident that I met Laura and that publishing changed, and I got my book published! 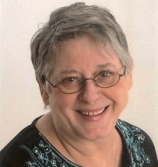 Helping the Birth Mother You Know. Beth worked in adoption for 35 years and retired to write. She has many more books than these titles to write and will emphasize and explore the concept of community in her additional books. “Growing up in a close agriculture-based, rural community in Texas, I felt the comfort and bonds of caring for others which is often missing in our busy lives today. Exploring and building communities for today is my writer’s goal.” Follow Beth on Facebook or visit her website, where she reviews books and films featuring adoption.