If there is one thing I’ve learned a lot about over the last year – as a writer, a reader, and an editor – it’s how NOT to write dialogue. And believe me, I have seen it done incorrectly far more often than I’ve seen it done right. And sometimes I’ve been just as guilty of violating these rules as anyone.

So for those of you just starting out on your writing journey, a lot of what I’m going to be posting about over the next few months may seem very basic. I can assure you, however, that the purpose of it all is to instruct. And, like all things, sometimes you just have to start with the basics. 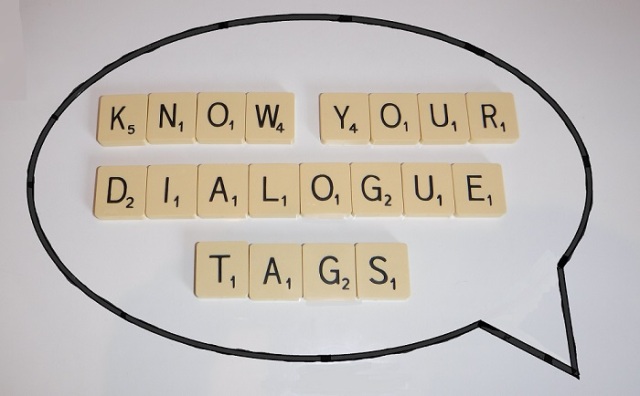 When writing dialogue, it has to be clear as day which character is speaking at any given time. This is usually done with a dialogue tag (“Mike said,” “Mom yelled,” “I asked,” etc.). If a reader doesn’t know who is speaking, they could lose their connection to the story. Let there be no mystery about who is speaking, even if it’s a disembodied voice coming from under your bed … BWAAAHAAA!

Another thing to remember: don’t wait. I’ve seen many authors who write long paragraphs of dialogue, more than 100 words, and then tack on the dialogue tag at the very end. This is a no-no, in my book. If a paragraph is more than three lines long, or more than three sentences long (depending on the length of the sentences), and a dialogue tag is necessary. It can go either before the dialogue begins, or after the first sentence or phrase of dialogue. Example:

GOOD: Elaine said, “I just can’t believe it! The lady at Starbucks totally screwed up my caramel macchiato with three shots of cream, two sugars, and a pinch of cinnamon! I have half a mind to go back and give her a piece of my mind!”

GOOD: “I just can’t believe it!” Elaine said. “The lady at Starbucks totally screwed up my caramel macchiato with three shots of cream, two sugars and a pinch of cinnamon! I have half a mind to go back and give her a piece of my mind!”

BAD: “I just can’t believe it! The lady at Starbucks totally screwed up my caramel macchiato with three shots of cream, two sugars and a pinch of cinnamon! I have half a mind to go back and give her a piece of my mind!” Elaine said.

Now to broaden this example: If this paragraph were part of a larger conversation between two people, Elaine and someone else – someone we’ll call Sharon, then a dialogue tag might not be necessary at all.

I have seen many authors who feel it necessary to add a dialogue tag to every line or paragraph of spoken words. I just have to do a facepalm when I see things like this:

“How are you doing today?” asked Sharon.

“I just can’t believe it!” said Elaine. “The lady at Starbucks…”

Now tell me … does THAT read well? No, it doesn’t. Unless the reader has the attention span of a hummingbird, they don’t need to be reminded every two seconds who is speaking. In the above case, the tags can be removed in virtually every line except the first one. After only one-and-a-half lines, we have determined who the speakers are – and since the back-and-forth is brief, with no long, drawn-out paragraphs until the last one, it’s not difficult to follow who is speaking.

“How are you doing today?”

“I just can’t believe it! The lady at Starbucks blah blah blah…”

Yes, okay, a lot of this is straight out of Writing 101, but you’d be amazed to see how many authors refuse to obey simple rules like this one.

Next month, I will talk about how to use tags when there are multiple speakers, as well as acceptable alternatives to tagging. 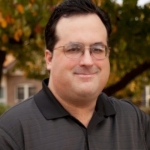 Patrick Hodges lives in Arizona with his wife of 15 years, Vaneza. After doing weekly columns for entertainment-related websites, he has turned his attention to writing fiction. He is passionate about sending positive messages to young people. Joshua’s Island is his first novel. A sequel is in the works. You may reach him at shrykespeare42@gmail.com or “like” him on Facebook.