In The Art of Memoir, author Mary Karr claims to give early drafts of her memoirs to the people

she writes about and asks them for their critiques. Would you do that? Would you even want to?

In my case, I rarely had an adult conversation with my mother, so I would expect her to hate my depiction of her, no matter how accurate.

But it would have been nice to sit down and enjoy an adult exchange. Mom has passed away, but since then, I’ve learned a lot about psychology and personality differences. So now I wonder if I could have approached her from her own personality’s core values. Could I have elicited a decent response, some real give-and-take, even a few laughs between us?

Mom would be an introverted Gold-Green personality type according to the materials I’d present in my Four Windows workshops. The Gold-Green type has a core value of relentless responsibility, especially toward rules, traditions, and personal relationships. Gold-Green folks welcome change reluctantly. Asking them for open-mindedness and high adventure requires more persuasive power and time than most people are willing to spare.

So how would this have helped me launch the conversation I always craved? Ironically, my own realization that responsibility did rule my mother’s behaviors contains the answer. Accordingly, I can no longer be angry about her continual preaching about saving money. I realize now that my need for change and adventure was just as frightening to her as her resistance to my dating offbeat people and living on the other side of the world was frustrating to me.

So I will be writing about Mom in – hopefully – objective ways that she would recognize and perhaps understand better than the ways presented by the old me.

Just for example, if I could travel back in time, instead of scowling and grumbling at her and Dad for delaying a move to Arizona in their later years, I’d use the kindling of “the right thing to do” as a starting point. I’d ask something like, “What worries you most about staying in California? About living in Arizona? If you decided to consider Arizona, what would have to be here to make you feel safe? You took care of your own mother until she 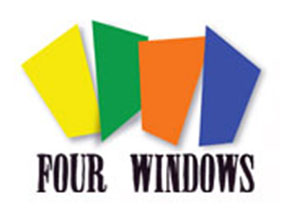 passed, so what did you learn from that? I’m sure you know what the right thing to do is. Just let me know how I can help.”

I doubt she would have changed her mind, but I’m guessing my relationship with Mom could have been smoother. It’s humbling to realize my own temperament was an equal culprit in our childish banter.

So what’s my type, you ask? Introverted Blue-Orange. But you’ll have to wait for another post to learn more.

You can find out your own type here. Check out Jack’s Personality Blog, Speak Personality as a Second Language.

____________
Jack Dermody is an expert on classic personality types; national group facilitator and corporate trainer; textbook author in linguistics and psychology; and author of Job Interviewers: Get Inside Their Heads. He is formerly published with Prentice-Hall, ELS Language Services.

1 Response to Memoir as Revisionist History?