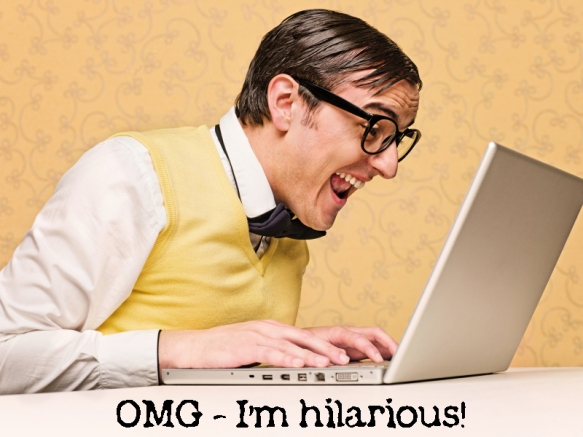 I recently finished the first draft of the sequel to my novel. When I typed “The End,” I immediately did two things. First, I cried. Yep, I bawled like a baby. You know the kind of crying where your shoulders shake as cleansing rain pours down on your face? That’s the kind of crying I did. Outside in a mud puddle.

All right, maybe it wasn’t that dramatic. But finishing an entire novel is a huge feat, and we should all take a moment and let it wash over us. OK, let’s move on from me crying, shall we?

The second thing I did was put the book away for an entire month. Yep, you read that right. I moved the file off my computer and didn’t retrieve it until 30 days had passed. No editing, no reading, no perusing, no other synonyms. I didn’t even allow myself to think about it.

Great question! And there are a couple reasons.

First, focusing on an entire novel takes a lot of time. For example, I worked almost every night for months trying to get the first draft finished. While I was writing, lots of other projects were waiting in the wings. I had tons of bridesmaid stories waiting to walk down the aisle into my brain. OK that’s a terrible image. But taking a break before the arduous editing process gives you the chance to give some love to that short story that’s been sitting in the back of your head. It also allows you to decompress and take a step back from the book.

And that is the perfect segue-way into the second – and more important – reason I put my book away. Try as we might, writers will never see our novels as our readers see them. It’s not that we’re biased or mean. No, we already know what’s going to happen. We know every single detail, including things that aren’t even in the book. I have a character sheet that says “My main character’s favorite sushi is Philadelphia rolls.” Will that ever make into a novel? Uhhhh … no. But I’m intimately familiar with my writing in a way no one else can be.

Consequently, it can be really difficult to gauge things, such as pacing, tension, and mystery. How do you properly write an amazing twist when you already know it’s coming?

That’s where shelving the book comes in.

By letting the book sit and focusing on other projects, pieces of the novel started falling out of my head. And by the time I got around to the second draft, I found I’d actually forgotten entire scenes from the book.

For example, last week I started laughing out loud at one part. It’s not that I think I’m hysterical (I’d rate myself a 6 on the Conan O’Brien hilarity scale). The scene just caught me off guard because I’d forgotten what happened. It was a wonderful feeling. And it’s the closest thing I think we can ever get to being our own readers. I’d even forgotten a small twist and wrote “WHOA!” as an editorial note because it caught me off guard.

So let that first draft fester, people! Let it rot in the sun while you praise yourself with Thai food galore. Then you can attack it, fresh-faced and ready with that bright red pen. Or, in my case, red font.

Cody Wagner loves to sing, mime (not really), and write. His award-winning debut novel, The Gay Teen’s Guide to Defeating a Siren, recently “came out.” See what he did there? Check out his writing and see more of his wackiness at Wagner-Writer.com, or find him on Twitter (@cfjwagner), Goodreads, and Amazon.