On Self-Doubt and Imposter Syndrome

On Self-Doubt and Imposter Syndrome 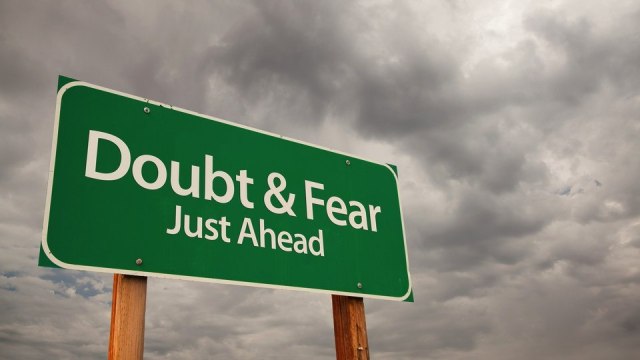 Let’s start with a confession: I was binge-watching Parks and Recreation last night. Why where my eyes were glued to the television instead of my current rough draft? That’s subject matter for another blog. First, I wanted to recognize a fictional character whose struggles were like my own.

In the featured episode, the main character wins a local election. Champagne and confetti for everyone! Fresh from victory, she leaves her small town to petition in Washington D.C. Suddenly she is swimming in a big pond alongside political leviathans. Naturally, she feels insignificant and impotent – a s if she’s a fraud only pretending to be someone of value.

It struck me like a gong. I’ve been experiencing similar doubts in my business career, as well as my writing life. Other people might be proud of themselves. Not me. Achievements quickly mutate into nagging weaknesses, and the inner dialog is crippling.

It doesn’t matter if you’ve increased sales by 8 percent and your margin by 11 percent – somewhere, someone else is doing better. It’s only a matter of time before they realize how unskilled and unprepared you truly are. And so what if you’ve completed and self-published seven books? The eighth one is doomed to failure, and if anyone bothers to read it, they’ll see all your inadequacies laid bare. At any moment, someone is going to stand up in a crowded room, point a jeering finger, and shout: “You’re not a real writer!”

I recently learned this form of self-criticism actually has a name: imposter syndrome. The phenomenon fills people with notions of fraudulence, inadequacy, and fear of failure. And then there’s the inevitable ridicule, when we’ll be unmasked and revealed as liars and conmen.

Perfectionism is partly to blame. Some of it comes from our aversion to risk. Taking risks is incredibly daunting, and we’re wired not to. Doing anything new or dangerous makes us uncomfortable and can even threaten our survival. Some of it comes from a failure of achievement, leading to greater expectations which we’ll probably blunder.

I don’t know if impostor syndrome ever goes away, but I plan to approach it with my own version of exposure therapy.

First, I’m going to actually talk about being a writer. I know it’s silly, but when the topic of my writing comes up, I freeze and panic, expecting criticism.

Second, I’ll try to use my previous accomplishments as fuel for my future ones. I have written a lot, and I plan to write a lot more. By definition, that makes me a writer. A real one.

And finally, I’ll remind myself that my work has value. Despite all the other stories in the world and all the other writers, I still have something worthwhile to say. Plus, only I can speak in my voice.

Hopefully practice will lead me to trust myself more and criticize myself less. Maybe the increased confidence will help me overcome everything from persistent doubt to the utter despair of a computer crash.

And maybe next time I’ll blog about why it’s important to back-up your files so you don’t lose 57,000 words to a shrieking blue-screen of death.

Until then, keep writing. I believe in us.

Elizabeth Blake is a complex woman. She’ll tell you that she’s not that complicated, that her demands are simple: Coffee, good books, freedom, world domination… Elizabeth Blake is a sorceress of stories, a lover of letters. If you want to get to know her, visit The Mind & Heart of Elizabeth Blake, pick up her books, follow her on social media, buy her a cup of coffee or a glass of wine.

2 Responses to On Self-Doubt and Imposter Syndrome