Fanfare for the Art of Fans

Fanfare for the Art of Fans

Have you ever wondered why you’re drawn to certain items, possibly fascinated enough to collect them? Gift shops in museums, historic homes, strip malls, and antique stores sometimes offer lovely hand-held fans for sale. I gravitate toward folding fans.

autobiography, I stumbled across a telling photograph of me. It was taken when my fifth-grade teacher needed students to perform in a folk-dancing program she created for clubs and groups in Kokomo, Indiana.

Enlightenment! That little dance ensemble included a folding fan – perhaps the beginning of my fascination with these delicate accessories of the past. I’m not sufficiently crazy about fans to begin a collection, but when I see them displayed for sale, I nearly always want to buy one. On occasion, I have bought just a couple that I’ve kept shoved in a desk drawer.

Another type of fan reminds me of sitting on hardwood pews during hot, humid summer Sundays at Main Street Methodist Church. In the pew

These memories made me curious about the origins of the sometimes elegant, sometimes robust, yet humble fan. Research by students at Purdue University reports that fans were found in King Tut’s tomb and deemed to date back 4,000 years! These fans were anything but humble, with gold and ebony gracing handles inlayed with precious jewels and bedecked with ostrich feathers. Folding fans originated in both China and Japan and eventually made their way to Europe along ancient trade routes. These treasures of the 1500s became symbols of power, wealth, and class.

According to the Fan Museum in Greenwich, London, “…the most lavish fans date from the second half of the nineteenth century. The artists who painted these fans were often fashionable painters who signed their work – as did the tabletiers who carved the magnificent sets of sticks and guards (montures). Great maisons sprang up in Paris, which had become the epicentre for the manufacture of fine quality fans.”

Eventually folding fans made their way to America, where their royal backgrounds were quickly plundered as they were made available to the masses for a variety of practical purposes. According to Country Home Magazine, referenced in an article from the Chicago Tribune, Americans were making fans not long after the Civil War. The Hunt Fan Company in Massachusetts began mass producing fans in 1867. 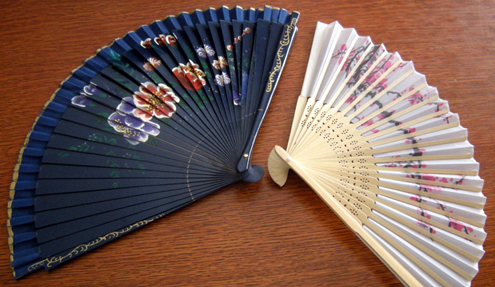 By the 20th Century, folding fans in America were awash in ads for theater shows, department stores, and a variety of other consumer necessities. They were used not only to stir the air, but to fan away insects and serve as dance cards, complete with pencil and a hook to attach to a sash at the waist. With a more economic way of making fans from paper, notes and autographs could be written on them as well. Restaurants even used them as a way to display their menus and theaters their programs.

Yes, fans still have a place in the 21st century. The majority are commemorative fans made in France; the most noted fan-making specialist there is Sylvain Le Guen. Large long-handled fans are also carried in formal papal processions today.

Fans have been used by women in flirtatious ways. Here’s a clever list researched via Purdue University: 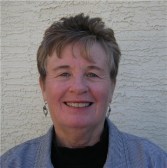 C.K. Thomas lives in Phoenix, Arizona. Before retiring, she worked for Phoenix Newspapers while raising three children and later as communications editor for a large United Methodist Church. The Storm Women is her fourth novel and the third in the Arrowstar series about adventurous women of the desert Southwest. Follow her blog: We-Tired and Writing Blog.

4 Responses to Fanfare for the Art of Fans