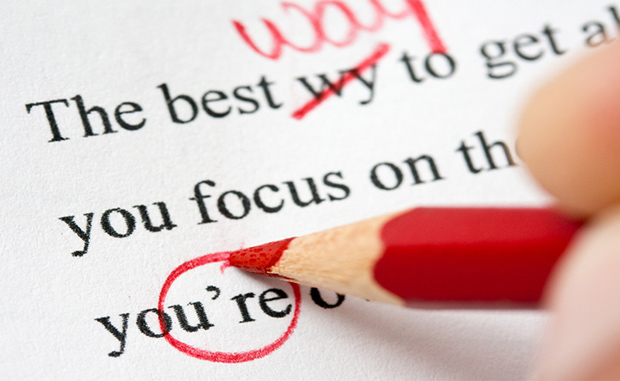 An author has only one chance to make a good first impression with readers. I know with certainty that it takes time and multiple trained eyes to catch every error. My standard for proofreading has become this: I am never done.

If you think the detail of a single comma does not matter, think again. In March 2017, the U.S. Court of Appeals upheld a $13 million class action case for the “want of a comma” that changed the entire meaning of a critical clause in a labor contract.

My nonfiction manuscript has been through more reviews and versions than I can count. My writing critique group helped me work through the earliest confusions and issues, chapter by chapter. I sent sections to any friend who offered: “I’m happy to take a look.” I spent years compiling research. Eventually, I burned out and invested in hiring a developmental editor. She made all the difference.

From this professional editor, I learned critical things I did not know that I did not know. The nuance of a serial – also known as the Oxford – comma. When to use a hyphen, an en-dash, and an em-dash. How to format, according to the requirements of The Chicago Manual of Style, which, for example, is different from AP style and the Gregg Reference Manual I was used to.

That professional edit potentially saved me years of shopping the book around. I only sent 14 queries, and of those 14, four publishers requested the manuscript. Of those four, two offered contracts. An even larger publisher offered to purchase the book after I had already signed a contract with another publisher.

When I needed to submit the manuscript to my publisher’s editor for their own touches, I was assured “You’ll be in excellent hands.” Though I was supremely confident in my work, I chose to invest a full day in re-reading the entire thing, word for word, slowly, aloud from a printed copy before sending it off. I was stunned at the minor details both my first editor and I had missed six months earlier, and the number of word choices and phrasings I wanted to change. I now understand why so many writers swear by the practice of setting aside a project for a few months to final edit and proof with “fresh” eyes.

As it turned out, I was in adequate but not perfect hands. She gave the manuscript a polish, came up with great formatting suggestions, added headings, and even caught some context issues. Nevertheless, I still found more than 150 minor corrections to her corrections. After three back-and-forth passes of corrections, I would not see the book until it was in a formatted pdf.

Guess what? In converting to new software, new errors occurred. It was incredibly frustrating to see missing spaces, errant italics, and other errors where there had been none in the Word version. I marked everything I could find and submitted them. Two more rounds of back-and-forth corrections ensued. I would not see it again until it was in bound format.

The box of Advanced Reader Copies (ARCs) arrived. Oh, the sweet jubilation as I held my “finished” book in my hands. Flipping through it, I found an error on the back cover text. An entry in the table of contents did not match a last-minute revision later in the book. A friend identified several errors. Sufficiently paranoid, I once again invested an entire day in reading every word aloud. I made several passes. Once to match headings and page numbers to the table of contents. Once to measure that the headings were consistently spaced. Another to verify various data issues were consistent throughout. Each pass found something to correct. The ARC acquired more Post-It notes for “final” corrections than I would like to admit, even though many were not my errors.

In conclusion, I learned multiple lessons in publishing my first book:

Katrina Shawver is the author of Henry, A Polish Swimmer’s True Story of Friendship from Auschwitz to America, officially released on November 1, 2017. The book is published through Koehler Books and is available in hardback, paperback, and ebook formats on most book sites worldwide. Visit KatrinaShawver.com where she blogs regularly.

2 Responses to Proofread – Then Repeat