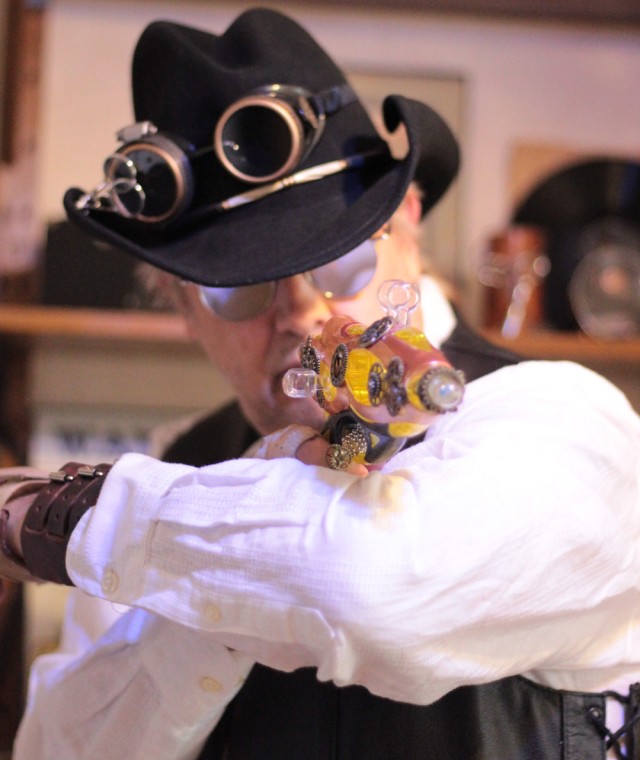 In November, I wrote about my new blog, Steampunk Desperado, and promised to report back on my progress. So far it’s gone well. I’ve been posting consistently and have greatly increased the number of page views on my site. The effort hasn’t yet translated into a lot of sales, though I’m hoping it will eventually have an effect.

First of all, I succeeded in my goal to post every day through the end of the year. As I write this, I’ve  published 84 articles in just under three months. It really helped to have more than 40 of them prepared in advance. I edited many of them for clarity and brevity, but it was much easier than starting from scratch. I wrote a few new ones as well, concerning our book promotions, reviews of works of steampunk fiction, and historical articles about notable events in and around the Victorian Era.

Secondly, I made sure each post had an image. Many were from our collection of steampunk-related photographs and illustrations. Others were public domain or “fair use” images from Wikipedia and government websites. When using photographs from those sources, I added a creative touch by adding captions or assembling them in collages.

I was very consistent in my posting of excerpts from and links to these articles on social media platforms. I made daily use of Facebook, Google+, Twitter, Gab, and Tumblr. I also reposted some of my better articles in their entirety on Medium.com, a blogging platform associated with Twitter.

A few weeks ago, my wife Arlys persuaded me to add Instagram to my list of social media sites, as it seems to be very popular at the moment. She has her own Instagram account called “Interstellar Fashion,” where she posts photographs of a space-alien statue which she dresses in various outfits. This whimsical channel currently has more than 70 followers.

Instagram is different than the other social media sites. It allows you to view posts on a computer but restricts posting to be done only by phone. It’s intended to be a snapshot sharing site, but my photos are often highly edited and include decades-old scanned photos from my childhood. My workaround is to upload photos from my PC to my Dropbox account and export them from Dropbox to Instagram on my phone. Manually adding captions from the phone’s keyboard is a chore, but I get some of the text by opening my blog on the browser and doing a copy-paste from there. 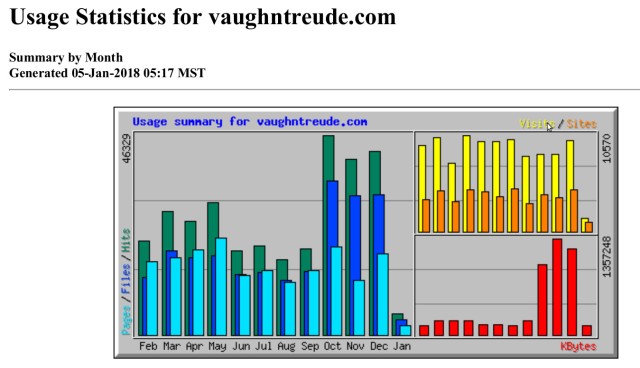 As you can see by the graph from my hosting service, my page-views greatly increased in October when I moved my blog to Steampunk Desperado. Though it’s not obvious from the bars, visitors to my site increased significantly in December, after I started posting to Instagram. By the way, I currently have more than 50 followers on that site, compared to less than half that number, acquired over a much longer time, on Twitter and Gab. I should add that at Arlys’ urging, I’ve put a lot of effort into Instagram, subscribing to more than 100 steampunk and sci-fi-related channels and liking and commenting on posts whenever I have time.

To summarize, I’ve succeeded in posting daily for nearly three months, and as a result, page views and visits to my site have greatly increased. Visits increased further since I started posting to Instagram. I have not yet seen any improved sales numbers, besides those associated with specific book promotions. I’m hoping that the added visibility of the site will eventually lead to more sales. 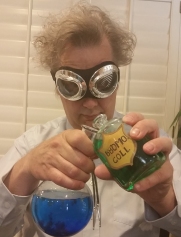 Vaughn Treude grew up on a farm in North Dakota where the isolation of his home made books a welcome escape. He has been reading sci-fi as long as he can remember. In 2012, he published his first novel, Centrifugal Force. Since then he has concentrated on steampunk, writing Fidelio’s Automata and coauthoring the “Ione D.” series with Arlys Holloway. See Vaughn’s blog at steampunkdesperado.com.