This and That – Observations from the Couch

This and That – Observations from the Couch

Since I last wrote, I’ve had two book signings for my newly released novel, Hellgate. One was in May in Rhode Island where I lived for the first 40 years of my life. A lovely independent bookstore in Providence, Books on the Square, hosted the event. The manager was happy with the turnout (relatives, friends, former coworkers, high school classmates), the sales were good, and I’m invited back when my next novel is published. I invited most of the attendees to a “launch party” of sorts at my sister’s house at which I drank several glasses of wine.

The second was in May in Prescott, Arizona, at the Peregrine Book Company. I especially looked forward to that one because Hellgate is set in 1879 Prescott. A lovely article appeared in the Daily Courier that morning which drove at least 10 people into the store. That, along with the five or six people that I knew, made a big enough turnout and enough sales that the book store owner was pleased.

Between the two dates, I was sick. I think I caught some kind of bug on the plane between Rhode Island and Phoenix. Whatever the cause, I spent the intervening two weeks mostly lying around the house with Mustang Sally and also with a puppy I was petsitting for a friend. I had time to ponder, and here is the wisdom I gained:

But this is a marketing blog, so let me say this about book signings: I realize they are good opportunities to get out there, get your name known, benefit from the publicity through book store newsletters and, if you’re lucky enough to have a friend who works for a newspaper, land you lovely articles about your event (and your books). Both bookstores wanted to work on consignment, so I ended up earning 60 to 70 percent of the list price. That might seem generous, and it would have been, except I that had to purchase these books from the publisher! So my cut quickly went down to about $5 a book. 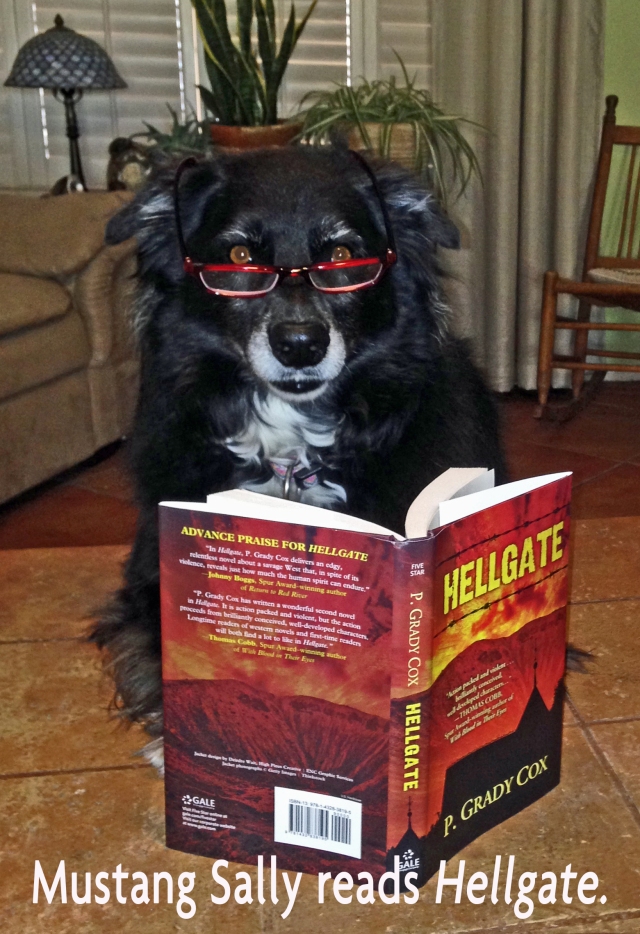 Subtract from my $5 any travel expenses and promotional materials, such as a poster, business cards, bookmarks, cookies, etc. And in Rhode Island, I also sprang for refreshments for my launch party. I’m not even going to do the math; I know it’s a financial loss. My royalties are now about $2.50 a book, but I don’t have to go anywhere or do anything to collect that.

Writers, do you think there are benefits reaped from a book signing? What have your experiences been?

If you are a reader, not a writer, what do you think? Do you enjoy attending book signings? Do they result in your buying a book you might not have otherwise purchased?

2 Responses to This and That – Observations from the Couch