Can a 600+ Unit Bookstore Chain Evolve and Prosper in Today’s Market?

Can a 600+ Unit Bookstore Chain Evolve and Prosper in Today’s Market?

by Marcus A. Nannini

Barnes & Noble recently announced it is opening a “new concept” bookstore in the form of a 21,000 sq. ft. space in the Twin Cities. The national chain recently opened a slightly smaller “new concept” store in Vernon Hills, Ill. Currently, some of their existing stores reach up to 60,000 square feet, so anything in the range of 20,000 square feet would appear to be a reasonably manageable size.

I haven’t been to one of the “new concept” stores, but I do hope they work. In many ways, the revised concept strikes me as more of a fine tuning of the chain’s existing stores, as each store will feature a Starbucks, extended dining tables, cubbies for holing up with a book and a cup of coffee; something called a “360 book theatre” where the customer can explore books in a 360 degree theatre setting. I’m not sure what the “360” book theatre concept is about, but it sounds interesting – so long as it isn’t hokey. Other changes are also in the works.

Apparently someone at B&N has been studying what makes the best independent bookstores into “winners.” They also appear to be focusing on the social experience of visiting a bookstore. That seems a reasonable approach, because spending time in a bookstore is different than going grocery shopping or looking for a specific pair of shoes. I believe the bookstore experience is more about exploring the possibilities in a non-frenzied setting.

My favorite bookstore was the Borders in Kona, Hawaii. It featured an outdoor seating area overlooking the Pacific Ocean, had a friendly café, and offered hard-to-find, internationally flavored music CDs for sale, along with a good assortment of books and numerous discount tables. There were nooks and crannies for small study groups, tables, comfy chairs, and non-rap music softly playing in the background. The only problem was the parking. Unfortunately, Borders took on too much debt and died. The loss, for me, was painful. I have no desire to watch another bookstore chain go down the tubes. Losing Kona was bad, and losing the great B&N at the Kierland Commons shopping center in north Phoenix was tragic. It was replaced by a high-end furniture store!

So what is a huge chain of bookstores to do? Perhaps they should take a look at the UK based chain, Waterstones, with nearly 300 shops across the UK and the EU. What makes them a winner?

Personally, I would say the key to Waterstones’ success is their corporate objective to fashion each branch into a truly local store. Store managers are empowered with a great deal of autonomy and they strive to hire book lovers. They apparently are aware their customers enjoy encountering salespeople who know at least as much about the store’s products, if not more, than they do; much like car shopping, but with less money at stake on a per-sale basis. Each manager is also tasked with bringing a local flavor to each branch, and from what I can see, it works.

The Waterstones stores seek to involve the community and do more than host book signings: they host events which are designed not simply as traffic generators, but are intended to create a “buzz” people will remember. Their events may not always generate bumps in sales, but they always generate repeat customers, even if the return visitors patronize only the café. Stopping in the café and purchasing a coffee, food, or accessories while absorbing the bookstore atmosphere should create good, habit-forming tendencies. It almost always boils down to generating foot traffic, and Waterstones appears to be succeeding in doing so.

Small groups of bookstores scattered across our country have managed to grow from a single location to several, generally within a reasonable drive of each other. I don’t know how many are as large as 20,000 square feet, however. From my impressions, the usual size limit for an independent bookstore is about 7,500 square feet. 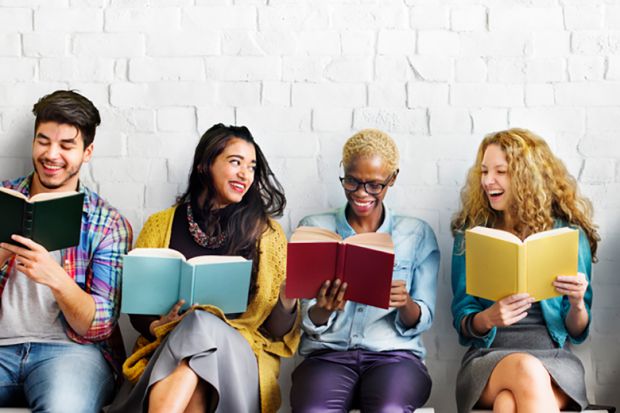 Does too much floor space translate into a losing proposition? Just how many new books can a store handle and still maintain a reasonable turnover per item? A book must be able to justify its shelf space, and that is accomplished only through sales per square foot. Perhaps B&N should look at a limited program of offering used books as a way to fill a small quantity of excess space.

I would suspect a modest offering of used bestsellers might work. B&N could make available on its website a list of specific titles/authors they would accept in a modest trade. Keeping acquisition cost low and turnover high would be the goal. If B&N offered a small compensation against (any) purchases, in exchange for a used book appearing on the aforementioned list, it might well make a small used book department worthwhile. Of course, the used books would need to be in excellent condition, and individual stores might not always be able to accept trades, in the event their used book section was full. Individual store managers could be given the discretion to accept a book for trade not on the corporate list. Rules are made for exceptions. I am mindful that used car sales carry a much higher profit margin than do sales of new cars. The same should prove true with used books.

Stationary, games, music, book accessories, and café items would remain, but a carefully culled used book section could more than pay for itself. And perhaps tables that curve in the shape of a “U” could encourage small gatherings of book discussion groups. The physical plant needs to address what bookstore lovers are looking for. I am confidant Leonard Ruggio, B&N Executive Chairman, has the ability to research this. Again, generating repeat foot traffic is, or should be, the top goal.

As I mentioned, I have not yet been inside one of the newly renovated Barnes & Noble stores. I understand they seek to have a smaller footprint than in the past, but two of the new stores about which I have read exceed 17,000 and 21,000 square feet each. That’s still a significant footprint that must translate into sales-per-square foot. So what to do? Mr. Ruggio, clearly a lover of books and bookstores, is working on it.

I trust he will figure this out, because the loss of B&N would be fairly devastating to the retail book industry and allow Amazon to move dangerously closer to becoming a book-lover’s-choking monopoly. Ugh!

sixth grade, charging 25 cents for the privilege of reading the only printed copy of each edition. During his undergraduate years, Nannini was a paid reporter and worked three semesters as the research assistant for journalism professor and published author Richard Stocks Carlson, Ph.D. Nannini is a life-long history buff with a particular interest in World War II and the Pearl Harbor attack. His continuing curiosity over several Japanese aerial photographs and the turtling of the U.S.S. Oklahoma lead him to write Chameleons, first as a screenplay and now as a full-length novel.

3 Responses to Can a 600+ Unit Bookstore Chain Evolve and Prosper in Today’s Market?